The Goodwood Festival of Speed is your chance to see what the adrenaline fuelled motor celebration is all about. This year, the event will be held from 26 – 29 June 2014 in the grounds of Goodwood House in West Sussex and showcases the most amazing race cars, road cars and motorbikes.

If you’re extremely passionate about motoring, motor sport and automotive culture, this event is not to be missed. The Festival of Speed has been described as the largest motoring garden party in the world as it bring a unique experience, celebrating famous and legendary drivers, teams and manufacturers.

In 2014, Goodwood Festival of Speed will kick off with the Moving Motor Show on 26 June, providing new car buyers and motoring fans alike, the chance to see the very latest models.

The Festival of Speed promises to be a thrill as one of the highlights in the 2014 festival will include rally legend Sebastian Loeb as he attempts to break the course record for the fastest drive up Goodwood’s hill climb in the Peugeot 208 T16 racer.

Other highlights at this year’s Goodwood Festival of Speed include the revolutionary Honda NSX supercar, set for launch in 2015, which will take centre stage at the festival as it takes on the world’s most famous hill climb. The festival will host the new super sports model for the first time in Europe, fuelling the crowds with endless levels of excitement. 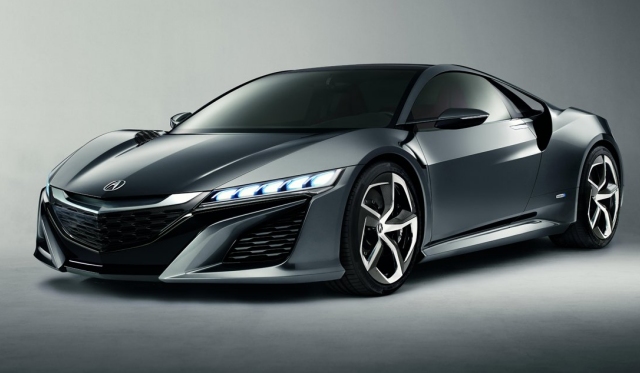 The special edition BMW M5 is just another one of the many highlights of this year’s festival and a top of the range model that will definitely be a focus at the event.

For more than two decades, Goodwood Festival of Speed has played host to a whole range of supercars. There is also more advanced automotive technology on exhibit in the popular FoS Tech pavilion where visitors can take a glimpse into the future of driving.

The world class festival gives manufacturers the chance to demonstrate some of their most valuable assets and motor enthusiasts get the opportunity to be a part of an annual motoring event which promises to deliver uniqueness.

Whatever your reason for visiting Goodwood Festival, whether it’s the famous drivers, the speed and adrenaline, the boundless cars, the technology, the wonderful atmosphere, the audience or the beautiful setting, Goodwood Festival of Speed 2014 will give you a remarkable experience!

Attending the Goodwood Festival of Speed might be a deciding factor in determining whether or not to sell your car and upgrade. If your current car needs scrapping before you can dream about owning one of the great cars featured at Goodwood, use a reputable scrap car dealership like BMS Salvage, the UK’s leading buyer of damaged cars. BMS Salvage is able to provide the most competitive price for any vehicle and can offer helpful advice if you’re not sure what to do with your car.