With the new Mini having been unveiled recently, it highlights the question that has been asked many times over the years; why should anyone buy a new Mini?  The reasons that made the original Mini so popular are well know.  It was cheap, British-made and mechanically, very simple.  Additionally, it was quick, manoeuvrable, and could easily be modified and customised.

However, if we compare this to the modern Mini, it’s hard to see any similarities between the two.  The styling is slightly comparable, but the new Mini is roughly the same size as a mid-sized family car.  The technology packed inside is equal to any modern car and although it is still assembled in Britain, the now BMW owned Mini is German through and through. 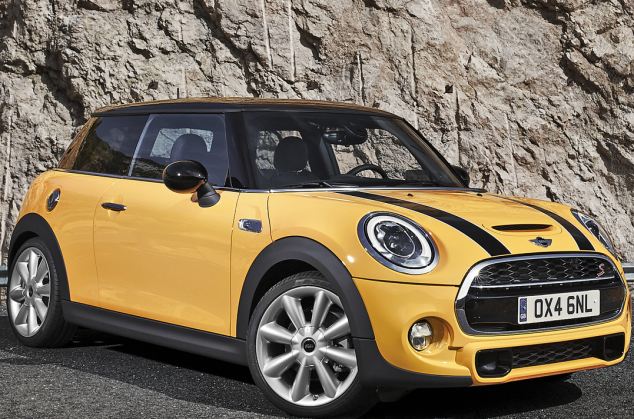 The new features over the last model are extensive.  Even though it looks very similar, under the bonnet it’s a whole new car.  A brand new range of engines, all turbo charged and a mixture of petrol and diesel means that there is plenty of acceleration and the Mini zips round corners with the energy that owners of the original Mini will be familiar with.  The suspension has also been upgraded, giving a much smoother ride and also enhancing the car’s ability to corner sharply without feeling spongy or sluggish.

The upgrades available are also impressive.  The Mini comes with several navigation options and user friendly apps.  The heads up display allows easy and safe monitoring of the screen whilst driving.  Active cruise control, speed limit recognition and active braking mean that the Mini can compete with other larger cars when it comes to the technology packed into it.  The exterior is the familiar Mini styling with a characteristic low road profile and short upright windscreen however it is slightly bulkier than the older model with a rounder front end.  The customisation options are also notable with buyers being able to choose between stripes and different coloured roof panels.

The New Mini certainly is a terrific car in its own right, but the question still remains, why would anyone buy one?  It is definitely not cheaper than other comparable modern cars and it cannot be stripped down and upgraded in the same way that the old Mini’s were famous for.  The simple fact is that any car built to similar specifications to the original Mini would simply not be able to be sold.  The health and safety restrictions would make it impossible, and the targets on emissions for new cars mean that simple engines that can be modified at home are no longer practical.

However, if you want to buy a car that is great fun to drive, looks good and can accelerate and you are a fan of the Mini ‘look’ then it is probably time to take your old Mini to the scrap yard and invest in one of these brilliant new little cars.  Many would argue that the modernisations to the new Mini only serve to make the car better, not to take away all the things which made the Mini so memorable in the first place.