Owning a car is a massive responsibility particularly where finance, maintenance and security are concerned. In terms of vehicle security, car thieves are becoming more inventive in the ways that they steal high-end vehicles – as vehicle technology is becoming more advanced.

Ever heard of electronic hacking? Well that’s the new car theft craze which has swept news headlines in recent years. The latest news report on vehicle theft revealed that, tens of thousands of vehicles which have been broken into across the UK would have been electronically hacked. It means that cars can be stolen using hi-tech gadgets which allow the thief to remotely control a car. Naturally, stealing cars is becoming easier as there is no need for thieves to physically break their way into a vehicle.

The electronic devices that thieves are using to commit these offences are easily accessible and with extensive online resources available, it is no surprise that your vehicle could be gone within a few seconds.

Vehicle security is vitally important, whether this means that security devices are installed to make it more difficult for a thief to steal your car or other security measures are taken to deter car thieves. So how can thieves be discouraged from car hacking?

With many modern cars being potentially vulnerable to car theft by electronic hacking, there are some things that you can do to lower the risk:

Don’t stick to the same routine. If you are making the same journey on a daily basis and use a public car park or often park in the same place, try to change your practices. Remember that the more predictable your routine is, the more likely your car is, to being a potential target of theft.

Use a road wheel clamp. High security wheel clamps will act as a deterrent to car thieves and opportunists, these security devices will make sure that your car isn’t moved unless you move it. Normally wheel clamps cannot be removed easily so thieves won’t bother trying. Thieves are looking for quick targets but this tough piece of kit will steer them in the other direction.

Use a full cover disklok, an effective security device that covers the entire steering wheel and cannot be unlocked without the proper key. Even if a thief uses electronic hacking to get into your car, they won’t be going anywhere. 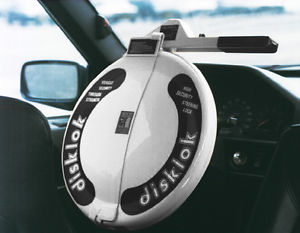 Car tracking devices can be purchased to reduce the risk of theft; however, some car manufacturers already include ‘black box’ devices in their latest models. This type of technology may not necessarily deter thieves but they won’t be able to get away so easy.

Car alarms are fairly standard in most cars and although this may not deter car thieves, the alarm will hopefully startle thieves and they’ll abort their mission.

Install a security post and use CCTV. Increasing security around the home is a great way to stop car thieves and by installing a security post which generally stands above ground level, your car cannot be easily stolen from your property, which may also lower insurance premiums too. Some thieves are daring enough to steal your car from your doorstep so installing CCTV will also discourage thieves.

Don’t be a victim of electronic hacking if you can do something to prevent it!